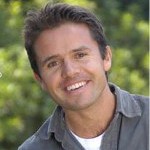 Journalist, presenter, writer, photographer and linguist, Jamie has had an intriguing route to the television screen. He presented two series of the Bafta Winning Michaela’s Wild Challenge, an adventure and wildlife show for Channel Five aired in 2005. His journalistic credentials were earned in Reuters’ bureaus in London and Rome from 2002 to 2004. In London his print journalism training embraced general news, sport, macro-economics, equities, energy and bond markets; in Rome he was the correspondent covering politics, economics, general news and sport.

Jamie’s interest in travel has never wavered. Between 2004 and 2005 he contributed as writer and photographer to the Greenwood Guides series: he spent six months researching and travelling as photographer and writer for Hand-picked South African Accommodation and he has written his own South African highlights, Places to Eat and Things to Do, for which he also took all the photographs.

Jamie’s broadcast and travelling straddled his publishing and journalistic roads. Stints as a DJ on student radio and as a runner for Wish you Were Here and Wish You Were Here Today gave him a grounding in the industry. Running alongside this were two seasons as a walking guide and as a guide to local history, birding and nature for guests and local muleteers in the hills of Andalusia, Spain.

Before that Jamie worked as a guide for Moet et Chandon in champagne cellars and spent six months running a beach and water sports operation in St Barts, French West Indies – all using the first class honours he holds in French and Spanish.