Dame Eliza Manningham-Buller headed MI5 from October 2002 to her retirement in 2007, leading the organisation though substantial change in the wake of 9/11 and the growing threat from al-Qaeda. MI5 doubled in size, opened eight new offices and altered its approach to the professional development of staff with the establishment of a training academy.

During her time at the organisation’s helm, she was privy to some of the country’s most carefully guarded secrets and held the lives of spies and double agents in her hands.

During the early 1980’s, only five people knew that Oleg Gordievsky, the deputy head of the KGB at the Soviet embassy in London, was actually a double agent. Ms Manningham-Buller was one of them and, as Gordievsky later acknowledged, her ability to keep a secret saved his life.

The MI5 chief was born the Honourable Elizabeth Lydia Manningham-Buller in 1948. She attended the exclusive Benenden girls’ public school in Kent, where she was a contemporary of Princess Anne. She went on to read English at Oxford, where it is believed MI5 first attempted to recruit her.

After graduating, she worked as a teacher at the exclusive Queen’s Gate school in London, where future journalist, celebrity chef and cookery writer Nigella Lawson was among her pupils. In 1974, she left teaching after three years to finally join MI5 at the height of the Cold War.

There, she soon progressed to becoming a fully-fledged spycatcher. As an expert on counter-terrorism, she was heavily involved in the Lockerbie investigation, served as MI5′s liaison officer in Washington and became director of the agency’s Irish counter-terrorism branch, spearheading the fight against the Provisional IRA.

In 1997, she became MI5′s deputy director general, taking on responsibility for the organisation’s day-to-day work and relationships with other agencies at home and abroad.

In 2002, she became only the second woman to head the service, taking over from Sir Stephen Lander. His predecessor, and the only other woman to have held the post, Dame Stella Rimington, praised her on her appointment as a “highly intelligent, very experienced and a very kind person”.

Her time as DG of MI5 had been dominated by the threat from al-Qaeda and she took a higher profile than most of her predecessors, she also broke with tradition by publishing information about terrorism risk assessments on the internet.

Baroness Manningham-Buller is a crossbench life peer, Chair of the Wellcome Trust board of governers and is a highly sought after speaker on leadership and empowerment issues. 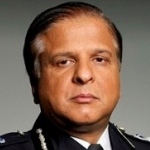