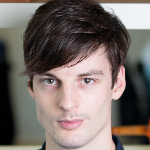 Ed is the founder of Jukedeck, the first ever tech startup in artificial intelligence music creation. Jukedeck was acquired by TikTok’s parent company ByteDance in 2019. Ed then took over the running of TikTok’s AI lab in London. Currently he is their Product Director for Europe.

Ed’s story began when on graduating from Cambridge in 2010 with a Double-Starred First in Music he learned to code in order to start Jukedeck and then built the company’s first AI technology himself.

Jukedeck’s software autonomously composes original music on demand. Non-musicians are now able to easily create rights-cleared digital music in just a few minutes. The technology has now been used to create more than one million pieces of original music. The Jukedeck product offers a practical and economical alternative to production music in video production, in commercials, on television and radio, in podcasts and in the huge games industry.

Ed’s musical career began as a chorister and then a choral scholar in the choir of King’s College, Cambridge. He has written and arranged for the choir of King’s including his recent composition of Longfellow’s I heard the bells on Christmas Day. Ed has composed for The King’s Singers, VOCES8, for theatre in the West End, for the Southwark Playhouse, and he’s arranged music for BBC Radio 1Xtra.

Ed Newton-Rex is a compelling keynote speaker, performer, and expert panel participant. In person or virtual h delivers a multi-media presentation on extreme business disruption and the dynamic changes about to sweep across the digital media landscape.

Ed has spoken at the Mobile World Congress in Barcelona and at Slush in Helsinki. he is an Associate at the Cambridge Judge Business School, and has written for both The Independent and The Spectator. Ed Newton-Rex is one of Business Insider’s 30 Most Creative People in UK Tech.

Ed’s music is published by Boosey & Hawkes and Novello. Specialist Speakers is booking agent for Ed Newton-Smith for in-person and virtual presentation in association with Riva.