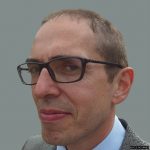 James Delingpole does not suffer fools gladly. Rather he mows them down with withering volleys of sarcasm, quixotic facts and contrarian energy. When it comes to critiquing today’s progressive orthodoxies he is as a plasma-cutter working its way thoughtfully through lumps of vegan Lurpak.

James Delingpole has had a vivid life in libertarian conservative writing after studying English at Oxford University.

He has written extensively for the Spectator, Times, Daily Mail and many other media outlets and appeared on many TV programmes: in 2005 he presented a Channel 4 three-part series on The British Upper Class. He has written several novels including Coward on the Beach, a story of a man’s reluctant quest for military glory during the D-Day landings.

He has written four political books including Welcome to Obamaland: I Have Seen Your Future and It Doesn’t Work, and 365 Ways to Drive a Liberal Crazy. He has produced a torrent of polemical articles on the conservative website Breitbart and runs a popular podcast The Delingpod featuring extended discussions with ‘the world’s most fascinating people’ (typically experts in different fields open to challenging fashionable establishment opinions). 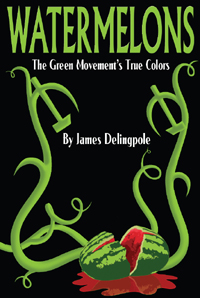 In recent years James Delingpole has campaigned vociferously against many different aspects of global climate-change policies including by challenging both the basic scientific arguments underpinning government policies as well as the environmental wisdom of specific green initiatives such as wind-farms. His 2012 book Watermelons: How Environmentalists are Killing the Planet, Destroying the Economy and Stealing your Children’s Future accused the environmentalist movement of being overtly Green but substantively socialist/communist.

He also has been highly critical of official responses to the COVID-19 crisis including compulsory face-masks and vaccinations, as well as the wider attacks on human rights in the United Kingdom led by a supposedly conservative government.

James Delingpole is a sharp and insightful speaker who offers a wealth of insights but also blunt no-nonsense intellectual curiosity on key themes of contemporary life: environmentalism, health policies, gender differences, political philosophy, crypto-currencies, freedom of speech, and individual freedoms. Above all he can be counted on mercilessly to assail the hypocrisies, the weaknesses and dishonesties of all conceivable forms of Wokeness and political correctitude.

Why invite James Delingpole to speak? He’ll say in a loud voice plenty of the things sloshing around in your head that you hitherto have left unsaid. He makes you laugh, and he makes you think. You’ll feel free again. In today’s bossy priggish nervous risk-averse collectivist world that, alas, is something you need.