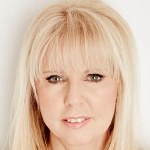 As founder of the successful Jongleurs Comedy Clubs, Maria has played a defining role in helping to make the UK stand-up scene the success that it is today.

Few people could have stood in a room above a pub in Battersea back in 1983 and seen the future of British comedy. That’s what Maria did. Using her bicycle as collateral to fund the project, she set out to form a chain of fun venues from a humble room that smelled of sticky carpets and Stella Artois.

Thanks to her perseverance and passion for comedy, Maria built up one of the most successful brands in the entertainment industry. Comedians who cut their teeth at Jongleurs include Mickey Flanagan, Michael McIntyre, Harry Enfield, Eddie Izzard, Jo Brand, Jack Dee, Paul Merton, David Baddiel, Frank Skinner, Dara O’Briain and many more. When Maria started Jongleurs, after the Edinburgh Festival in the early ‘80s, she was also offered the chance to sing and dance in the theatre. She chose to turn down her dream job and the journey into comedy began. Around this time, what Maria describes as “the best years of my life” began; her children were born and she was able to pursue a career that she loved.

Jongleurs grew into a UK-wide brand, in partnership with Regent Inns. Maria and her business partner, John, ran the comedy while Regent Inns ran the operational side, but they went into administration in 2009. Maria then went about rebuilding Jongleurs independently. Maria proudly states “I’ve always been good at making things happen”, so although she had a brand but no clubs, she opened one within a month of Regent Inns going into administration. From that time on, reviving Jongleurs has been her main job.

In 2004, Maria was awarded her MA in Psychotherapy and Healing, having been inspired by her reading of the works of Carl Jung. She loved the  course because it gave a firm structure to the things that she felt she instinctively knew and had been drawn to read about for so many years. With this qualification, Maria is able to practice psychotherapy, she went on to gain a PhD in Psycho-analysis at Essex University.

In 2009, Maria was honoured to be awarded the MBE for services to the entertainment and hospitality industry.

In addition, Maria has sat on the board of Women In Business for the Duke of Edinburgh Awards Scheme. She is a regular guest on TV and radio, talking about business and comedy on programs like Woman’s Hour, Trisha and other top-rated shows. Maria says that she intends to sleep only when she is dead.