Gaby Hinsliff is a Guardian columnist, political columnist and interviewer for Grazia magazine, writer, blogger and former political editor of The Observer. For over 12 years she covered politics for The Daily Mail and then for The Observer, developing an astute inside track on the exercise of power and the development of policy.

Leaving Cambridge University in 1990 with a first class degree in English, Gaby worked first for the Grimsby Evening Telegraph before joining The Daily Mail in 1996. She worked as a news reporter and health reporter before becoming political reporter in 1997.

She was headhunted by The Observer in 2000 as chief political correspondent and, in 2004, became the youngest then political editor of a national newspaper. She has closely followed both the rise – and otherwise – of New Labour, and the remaking of the Conservative party.

Gaby specialised in the point at which politics, social affairs and policy meets. As one of very few women to have worked at this level in political journalism she has an intriguing take on working motherhood and the challenges facing women in public and corporate life.

Gaby left The Observer in November 2009 to concentrate on a broader portfolio of writing, policy and new media projects. She is interested in making politics accessible and entertaining, tackling it with a wry sense of humour. She is currently political editor of Grazia Magazine.

Her broadcast work has included appearing as a commentator and newspaper reviewer for Radio 4’s Today programme, Sky News, ITV, BBC and Radio 2’s Michael Ball Show. Gaby is a regular freelance writer for clients such as the Guardian, Grazia magazine and Red magazine. Her book Half a Wife: The Working Family’s Guide to Getting a Life Back was published in 2012. She is a prolific blogger and tweets about politics, family life and everything in between via @gabyhinsliff.

Contact Gaby Hinsliffe via Specialist Speakers as agent for both in-person and virtual engagements. 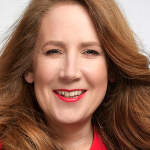 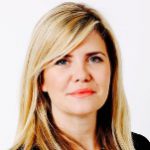