Sir Ranulph Fiennes was born in 1944 and educated at Eton. He served with the Royal Scots Greys before joining the SAS. He was then the youngest captain in the British Army. In 1968 he was seconded to the army of the Sultan of Oman and in 1970 was awarded the Sultan’s Bravery Medal. Since 1969 when he led the British Expedition on the White Nile, Sir Ranulph Fiennes has been at the forefront of many exploratory expeditions.

Described in 1984 as the “World’s Greatest Living Explorer” by the Guinness Book of Records, his expeditions around the world include Transglobe (the world’s first surface journey around the world’s polar axis) 1979-82; North Polar Unsupported Expedition (furthest north unsupported record) 1986; Anglo-Soviet North Pole Expedition 1990/91; co-leader of the Ubar Expedition (which in 1991 discovered Ptolomy’s long-lost Atlantis of the Sands, the frankincense centre of the world); leader of the Pentland South Pole expedition 1992/93 (which achieved the first unsupported crossing of the Antarctic Continent and the longest unsupported polar journey in history).

By drawing the analogy between nature’s most dangerous and difficult challenges, and the very real day-to-day business challenges in the 1990s, Sir Ranulph Fiennes involves each individual in the audience on a very personal level.

The elements vital to the success of an expedition include teamwork, determination, patience, discipline, enthusiasm and creative thinking. Building a team with the right character and attitude is of paramount importance. Persistence, tolerance, planning skills, high organisational ability, flexibility to meet and beat unexpected obstacles, goal-setting and performing under extreme pressure are clearly all factors in the success of Sir Ranulph’s remarkable endeavours.

As someone who aware of the changes to the Artic and Antarctic today Today Sir Ranulph Fiennes Sir Ranulph says it is ‘important for old and young people to come together to push for ‘sensible carbon behaviour’ in working towards a much more sustainable society.

“It is quite remarkable how appropriate the review of your exploits turned out to be. Many comparisons could be drawn between your efforts and those we ask of our own people, such as decisiveness, tenacity, courage and the will and determination to succeed. It is for that reason that your presentation was amongst the most relevant and successful we have yet held for our staff”
Paul A. Verburgt, Executive Vice President, Bank of America

“Congratulations not only on your heroic accomplishments, but also in the manner in which you convey this story to an audience”
E.C. Rogers, Vice President Marketing IBM Corporation 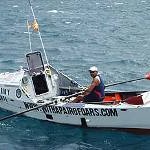