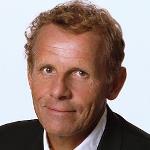 Patrick Poivre d’Arvor is one of the longest serving and most respected broadcasters in the world.

He presented the highest-rated news program in France and Europe from 1987 – 2008 on France’s TF1 network, and for 7 years on France 2 television. An award-winning author of over fifty books, several have been adapted to film. d’Arvor hosts a long-running literary insight television program.

A household name throughout France and into Europe and Africa, “PPDA” currently writes a humorous and pointed daily editorial commentary for France Soir newspaper and comments regularly on European, world, and French politics and cultural affairs on various radio and television networks, including France’s top newstalk station RTL where he participates in a weekly debate and analysis of various political, business and societal events. He hosts a weekly in-depth interview program on France 5 television, and produces documentaries on subjects ranging from Prince Albert to Charles De Gaulle.

Known for his extensive field reporting, Poivre d’Arvor was the first and only journalist to interview Saddam Hussein immediately prior to the 1991 Gulf War, has interviewed almost every major political and world leader in the past 20 years, and has moderated nearly every French presidential debate until his retirement from daily news anchoring in 2008. He was on-site in NYC in the wake of the September 11th attacks, and covered several wars, conflicts and elections internationally. He has acted in a master of ceremony capacity for events ranging from award programs to the Cannes Film Festival, and recently directed the “Open Air Opera” production of George Bizet’s “Carmen”.

As UNICEF ambassador, Poivre d’Arvor has visited refugee camps and disaster zones in countries such as Pakistan, Yemen and Colombia, and devotes considerable time to numerous humanitarian, cultural and charitable causes. 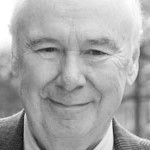 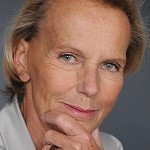