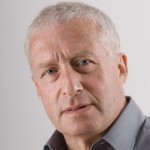 The first investigative journalist in the old Soviet Union, Vitali Vitaliev was forced to defect from the USSR in January 1990 – the result of his ground-breaking and courageous investigations into Soviet organised crime, neo-fascism, political prisoners and persecutions.

For his dangerous, courageous and pioneering exposures, he has been awarded several Journalist of the Year awards including the Nieman Fellowship in Journalism from Harvard University (USA) – the most prestigious title that can be bestowed to a professional working in the field of international investigative journalism. He has also been appointed a Fellow of the Royal Geographical Society of Great Britain and won the GOLD TABPI AWARD for best regular column.

Since his escape to the West Vitali has lived and worked as an editor and columnist in England, Scotland, Ireland, Australia and the USA and has become widely known for his regular appearances on both serious and satirical TV and radio programming, including Saturday Night Clive, After Dark, Have I Got News For You, Desert Island Discs and QI.

For his intelligent and amusing Saturday Night Clive live appearances via satellite from Moscow and Melbourne, Vitaliev was dubbed by British media as “the first smiling Russian on British TV”. He is often referred to as the “Russian Clive James” and “Russian Bill Bryson”.

Vitali has published eleven books, all written in English and translated into many languages, including German, French, Italian, Japanese and (rather ironically) Russian. He was a staff columnist with The Guardian, The European, The Daily Telegraph, The Australian and many other titles and has written and presented TV and radio documentaries for BBC One, BBC Radio 4, Channel 4, ABC and ITV.

He is a regular media commentator on current political and social issues. He now works as an Editor of E&T magazine and is an accomplished and popular public speaker. His talks are invariably witty and engaging.

‘Vitali Vitaliev is a star in the making’
Time magazine

‘Vitaliev has an irrepressible sense of humour’
The Guardian

‘With the charm of Michael Palin and the wit of Clive Anderson, this man is adorable’
Time Out