Dick Strawbridge was raised and educated in County Antrim, N Ireland. He was interested from a very early age in ‘taking things apart’, but had a very poor reputation when it came to putting them back together again. Dick believes that understanding how and why things work is as important as actually getting the thing to work.

Dick joined the Army and after 20 years of engineering incredible machines left it. Whilst serving in the Army, Dick’s family persuaded him to audition for C4’s ‘Scrapheap’. Thanks to his leadership abilities, personality and engineering skills, (and possibly because he had the biggest moustache the series producers had ever seen) Dick was successful, and was catapulted into the world of television as the ‘Yellow Team Leader’ for six episodes in the first ever series of ‘Scrapheap’!

He filmed the popular series Crafty Tricks of War for BBC2. In this series, Dick celebrated British ingenuity and demonstrated his practical skills by reconstructing and testing some of the most unusual inventions.

Dick was given the opportunity by the BBC to make another new series, Geronimo, he again demonstrated his extensive technical knowledge, as he built some of the craziest machines seen on television, and then challenged the British public to see if they could beat them. Dick co-presented Geronimo with Fearne Cotton.

In 2006 Dick filmed a series with his family, Its Not Easy Being Green, in which they move to a new home in Cornwall and attempt to live as green a life as possible, using renewable energy and environmentally friendly resources. A second series started in spring 2007 in a different format. Dick and his son, James, aided several members of the public in larger and smaller ecology projects around the country.

He also starred in a short series, The Re-Inventors, with each episode featuring Strawbridge, his son James, and Jim Milner reconstructing an invention of historic significance, with only a limited budget (£500) and limited time of two days and limited facilities to construct a modern version and try it out against the real thing. Dick also appeared as a presenter on the BBC2 series Coast, examining the workings of the Middlesbrough Transporter Bridge, a role he revived in the 2007 version of Coast.

Dick was invited, with his son James, to cook on Ready Steady Cook in 2008; he cooked spotted dick and won!
2008 saw Dick teaming up with Jem Stansfield to present Planet Mechanics on the National Geographic channel. The duo use their eco-engineering smarts on a mission to lower energy consumption. Across the series they build Britain’s first street legal, air driven motorbike, a wood-fuelled truck and power a farm using cow poo.

Dick was famous for his role in Scrapheap Challenge, a format exported to Americ as Junkyard Wars. When he is not presenting, Dick lives on an idyllic smallholding in Cornwall from where he works on programmes, invents machine, lectures at schools and colleges, and lives the good life.

In 2018 Dick was presenter and engineer for Channel 4’s The Biggest Little Railway In The World documenting the attempt to get a model train to traverse the entire seventy-three miles of the Great Glen from Fort William to Inverness!

April 2018 saw the transmission of the fourth series of Channel 4 show Escape To The Chateau in which Dick and his wife Angel attempt to restore a 45 bedroom mansion in the Loire. 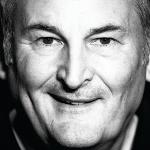 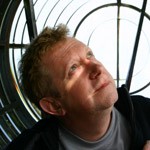