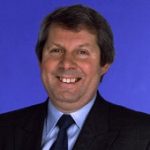 The following year he joined Nike International Ltd as their UK Managing Director and went on to become European Managing Director, Vice President Marketing (Worldwide) and Vice President of Nike Europe, based in the USA. In 1987 Brendan set up his own company, Nova International, a sports marketing agency specialising in the organisation of mass participation sporting events for television, where he remains Chairman and Managing Director. The company has branched out to include a production arm, filmNOVA and a sportswear division, View From.

Since his retirement from athletics, Brendan has continued his involvement with the sport. In 1981 he founded The Great North Run, the UK’s biggest road race attracting over 50,000 runners annually. He is a senior member of the BBC athletics commentary team and has covered almost every Olympic Games, World Championships and Commonwealth Games since the 1980s. Even his spare time is taken up by his enthusiasm for sport, in particular supporting Newcastle United.

Brendan was awarded the MBE in 1976 with the CBE following in 2008. He had the honour of being inducted into the England Athletics Hall of Fame in 2010.