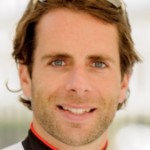 At the age of 25 most ordinary people count themselves lucky if they have achieved one small ambition. In 2008 Scotsman Mark Beaumont became the fastest man to cycle around the world. On Friday 15 September 2008 at 1530 hours, Mark Beaumont cycled under the Arc de Triomphe in Paris. He arrived 194 days and 17 hours (and 18,297 miles) after he left, having circumnavigated the globe by bicycle.

Guinness World Records verified all of Mark’s data and confirmed him as the new Guinness World Record holder – smashing the previous record by an amazing 81 days! His amazing journey saw him pedalling over 18,000 miles through 20 countries, including Iran, Pakistan, Malaysia, Australia and the USA.

A film of his journey was commissioned by the BBC and his story was picked up along the way by news agencies across the globe. Mark talks to audiences about his experiences, preparation, coping with the loneliness of the journey and his new found fame.

Mark has been involved in adventure cycling since he was 12 years old. After completing a degree in economics and politics he decided that a city job could wait and went for broke with the biggest adventure he could dream of. Mark set a target of 195 days to cycle 18,000 miles – 100 miles a day with a day off every fortnight. Yet in training for this, he never did a single 100-mile training session.

On April 3rd 2018, Mark announced theArtemis World Cycle – his next record breaking adventure – this time to cycle around the World in 80 days!

“The world record for cycling around the world wasn’t particularly competitive and I knew from the outset that I could break it with the right preparation and backing,” he says. “I love the mental challenge of ultra endurance sports and wanted to push my comfort zones.”