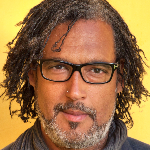 Contact David Olusoga as a keynote speaker via a Specialist Speakers agent on +44 0203 002 4125 for speaking and presentation in both live in-person and virtual settings.

Professor David Adetayo Olusoga OBE is a British-Nigerian historian, broadcaster and film-maker. He is Professor of Public History at the University of Manchester. As an award-winning presenter and documentary maker, David’s television work includes The World’s War: Forgotten Soldiers of Empire and Britain’s Forgotten Slave Owners, both for BBC2.

David Olusoga is the author of The World’s War (Head of Zeus, 2014), co-author of The Kaiser’s Holocaust: Germany’s Forgotten Genocide and the Colonial Roots of Nazism (Faber & Faber 2010), and was a contributor to the Oxford Companion to Black British History. He is currently writing a new history of slavery, 5000 Years a Slave (Head of Zeus), and White Slavery & the Black War, a new history of the British colonisation of Tasmania. David is a regular writer for The Guardian and The Observer and has written for The Nation and BBC History Magazine.

David Olusoga presented the major BBC2 series A Black History of Britain, documenting life from slavery to the twentieth century, from the Windrush Generation, to the country today. And his contribution to landmark BBC Arts series Civilisations explores contact, trade, interaction, empire and race.

Following David’s Liverpool-based BBC series A House Through Time David Olusoga moved on to tell the story of a Georgian end-of-terrace property in Ravensworth Terrace, Newcastle, part of his native Tyneside. Starting the story from around the time the house was built in 1824, David explored the often complex lives of the owners and inhabitants from pre-Victorian times right up to the present day – with some extraordinary revelations along the way. 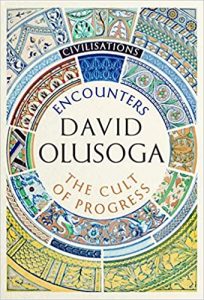 The third series of A House Through Time in 2020 featured an eighteenth century building in Bristol at 10 Guinea Street and told stories from its history from a young runaway slave to a WW2 fraudster. The show in 2021 is now in a fourth series, with David investigating two centuries of residents of number 5, Grosvenor Mount in Headingley, Leeds, a city in which his parents lived during the ’60s.

For Black History Month 2020 David teamed up with the BBC’s CBeebies to read Coming to England by Floella Benjamin – it’s available on iPlayer. In November 2020 David Olusoga interviewed Barack Obama to discuss the former President’s upcoming memoirs in Barack Obama Talks To David Olusoga. The interviews were made available in sound and TV formats on BBC radio, television, World Service, and online for the widest possible distribution.

Appearing on Desert Island Discs in January 2021 David told Lauren Laverne what life was like at the time he was growing up on Tyneside. He thanked ‘tough kid’ Paul Gascoigne for stepping in to help when his family was subjected to racist abuse and intimidation. Gascoigne told the Daily Mirror ‘I hated bullies – and I did not like what was happening’. Celebrating further his North East heritage David spoke on Tyneside in 2019 at The Sage Gateshead with Dan Jackson, author of The Northumbrians.

9 December 2021: David Olusoga is awarded The British Academy President’s Medal for ‘telling diverse stories from Britain’s past’. David is the thirty-ninth recipient of the medal, awarded annually in recognition of services to the humanities and social sciences. Previous recipients include Margaret Atwood, William Dalrymple, Jane Goodall, Hilary Mantel and Wikipedia’s Jimmy Wales.

Black History Month runs from 1st Oct to 31st Oct. The theme in 2022 was Black Health and Wellness.