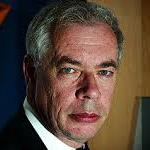 Prof John Kay is one of Britain’s leading economists. He is a distinguished academic, a successful businessman, an adviser to companies and governments around the world, and an acclaimed columnist. His work has been mostly concerned with the application of economics to the analysis of changes in industrial structure and the competitive advantage of individual firms. His interests encompass both business strategy and public policy.

He is a Fellow of the British Academy and the Royal Society of Edinburgh; a member of the Scottish Government’s Council of Economic Advisers and the Business Advisory Group of the Secretary of State for Trade and Industry in the UK government. He has been awarded by honorary D.Litt by Heriot-Watt University, Edinburgh.

He began his academic career when he was elected a fellow of St John’s College, Oxford at the age of 21, a position which he still holds. As research director and director of the Institute for Fiscal Studies he established it as one of Britain’s most respected think tanks. Whilst working with the Nobel prize winning economist James Meade he developed a taste for the exposition of economic concepts. In this vein he wrote (with Mervyn King) an account of issues in taxation, The British Tax System which ran through five editions. Since then he has been a professor at the London Business School and the University of Oxford, and is currently a visiting Professor at the London School of Economics. He was the first director of Oxford University’s Said Business School.

In 1986 he founded London Economics, a consulting business, of which he was executive chairman until 1996. During this period it grew into Britain’s largest independent economic consultancy. He has been a director of Halifax plc and remains a director of several investment companies. Now his time is principally devoted to writing.

He believes that economics holds the most powerful tools available in the social sciences today, but that an exaggerated and sometimes exclusive emphasis on rational choice models and individual and corporate selfishness undermines both our understanding of economic and social life and the functioning of our economic systems. This theme is today common to much of his work, which uses economic concepts to illuminate a variety of disparate issues.

A frequent writer, lecturer and broadcaster, he contributes a weekly column to the Financial Times. Two collections of his recent writings have been published, Everlasting Light Bulbs in 2004, and The Hare & the Tortoise in 2006. He is the author of Foundations of Corporate Success (1993), and The Business of Economics (1996). His book, The Truth about Markets, was published in 2003 to wide critical acclaim. (A US version, Culture and Prosperity, appeared in 2004). This balanced assessment of the strengths and weaknesses of market organisation.

The Long and the Short of It, published in January 2009 is an explanation of how the financial system operates, a critique of its provision for personal investors, a guide to the elements of financial economics, and a survival manual for individuals bereft of advice they can, or should, trust. The Long
and the Short of It illustrates some of the ways in which mistaken concepts of rationality distort decisions in finance, business and politics.

This theme was developed in his latest book Obliquity, published in March 2010 in Europe and will be published in the US in the spring of 2011 and in translations in nine other languages. Obliquity is the idea that complex goals are rarely best achieved when pursued directly: the happiest people are not those who pursue happiness, the wealthiest people are not the most materialistic, the most profitable companies are not the most profit-oriented. The book explores the way in which bogus notions of rationality are used in modern politics, business and finance to justify decisions which are made (and necessarily made in different ways.

His next project – provisionally entitled The Rent Seeking Society – picks up where The Truth about Markets left off, and recognises what has happened since then in both the corporate and financial sector. The distinction between wealth creation and rent seeking – between those who engaged in productive activity and those who appropriate part of the output created by someone else – is critical in understanding why some economies prosper, and others do not.

He chaired the Review of UK Equity Markets and Long-Term Decision-Making which reported to the Secretary of State for Business, Innovation and Skills in 2012.