He speaks as a leading authority on issues such as – who supports extremists; are the Eurozone and EU working; might Brexit succeed; how can we fight terrorism, and what do people really think about these issues?

In addition to being Professor of Politics at Rutherford College, University of Kent, he is a Senior Visiting Fellow at the Royal Institute of International Affairs, Chatham House, and co-editor of the Routledge book series on Extremism and Democracy. Matthew has worked with over two hundred non-academic organisations including being part of the UK Government’s working group on anti-Muslim hatred. He advises UK Government. 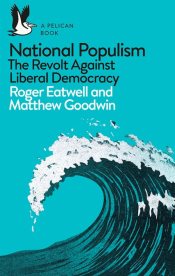 In 2014, his distinctive contribution to the study of politics won him the Richard Rose Prize. In the same year, he was awarded the Communicator Prize for his dissemination of social science research to a wider audience.

In 2015, Matthew won the Paddy Power Political Book of the Year for Revolt on the Right, co-authored with Robert Ford. His latest book National Populism, The Revolt Against Liberal Democracy, co-authored with Roger Eatwell was published by Pelican Books in October 2018 and is acutely relevant in the light of the subsequent Gilets Jaunes ‘Yellow Vest’ movement and its equivalent.