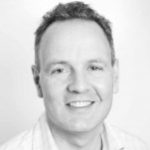 James Alexander is the co-founder of Zopa, the world’s oldest peer-to-peer lending service and the largest company of its kind in Europe. James was the company’s UK CEO until 2007 and remained on the board of directors until 2009. James has since worked with several equally innovative companies in a variety of roles. He worked with business growth consultants The Foundation as a partner, until August 2015.

James is a team Member at Future Agenda, the world’s largest foresight initiative that works with global leaders, forward thinking entrepreneurs and experts to debate and discuss important issues that affect the future of the world.

James is also an influential environmentalist and a Trustee of Green Thing, a charity and environmental movement that works to provide creative solutions for environmental issues. He is the Chairman at Gen Community Ventures, an organisation that uses new forms of finance to empower individuals and communities to catalyse the low carbon economy.

James is a part of FutureAgenda.org – the world’s largest open foresight initiative that brings together leaders, entrepreneurs and experts to examine the issues facing society over the next decade.