Sally Magnusson is an experienced journalist and broadcaster, who has worked on television and radio across news, current affairs, the arts, politics and religion, both in Scotland and London. She’s a skilled interviewer and a popular conference facilitator and awards host.

She has presented a range of programmes for the BBC, from Breakfast News to Reporting Scotland, which she still anchors, and a multitude of documentaries and investigations, including Panorama.

Sally has won a Scottish Bafta and a Royal Television Society award. In 2004 her hard-hitting series Britain’s Secret Shame, credited with raising awareness of abuse of the elderly in Britain’s care homes, won an RTS award for Best Daytime Series. She has been a presenter of The Daily Politics on BBC 2 and anchored a range of daytime programmes, including Missing on BBC 1. On radio she was for many years the presenter of the popular genealogy programme Tracing Your Roots on Radio 4 and currently presents Sunday Morning with Sally Magnusson on Radio Scotland for a number of weeks each year.

Sally is the author of ten books, including the best-selling memoir Where Memories Go: Why Dementia Changes Everything, which is also a manifesto for profound social and cultural change in the way older people are treated, especially those with dementia. She received the Glenfiddich Spirit of Scotland Award for Writing 2014 and was shortlisted for the Saltire Literary Book of the Year Award. The experience of caring for her mother led her to found the music and dementia charity, Playlist for Life. Her first novel, The Sealwoman’s Gift, is published in 2018.

Contact Sally Magnusson via Specialist Speakers for speaking and presentation in both in-person and virtual settings. Call 0203 002 4125 to speak to an agent. 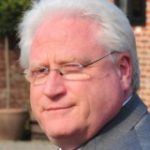