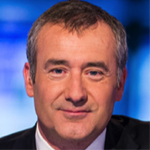 EMMY Award winner and BAFTA nominee journalist, Colin Brazier, has interviewed some of the most significant statesmen and women of the last twenty years. He interviewed Muammar Gaddafi in one of the last interviews he ever gave. He was the first British journalist to enter Iraq in 2003 with coalition forces and later the first journalist to enter Southern Lebanon with Israeli forces in 2006. Colin won a New York TV Award for his reporting from Afghanistan and created the first non-fiction narrative of the Iraq war; documentary Brothers in Baghdad which was shortlisted at the Monte Carlo Television Festival.

In 2014 Colin was Sky’s sole nominee in the Royal Television Awards Presenter of the Year category, for his work in Nairobi during the Westgate Shopping Mall siege and coverage of Typhoon Haiyan in the Philippines. In 2016 he won his EMMY Award in New York and was nominated for a BAFTA for his presentation of the migrant crisis in Europe.

Away from his journalism and daily Sky News anchorage, Colin has published Sticking up for Siblings. His book focuses on his experiences as a father of six and the benefits of large families. The book has been used a great tool for debate by BBC radio and television and ITV Daybreak programmes to investigate the place and role of large families in modern society.

Colin is also in demand as a world class media trainer. 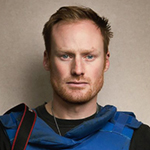