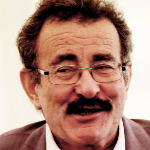 Professor Lord Robert Winston of Hammersmith is well known today to audiences throughout the world for his several BBC television series, which include The Human Body, Secret Life of Twins and Superhuman, and through which he has shown a great capacity for communicating often complex science to a wide public audience.

He is Professor of Fertility Studies at Imperial College School of Medicine, London University, and is world-renowned as a fertility expert. He also heads the Department of Reproductive Medicine at the Hammersmith Hospital in London.

His research into embryology and genetics is internationally recognised. As a researcher into human reproduction, Lord Winston helped develop techniques for sterilisation reversal. The improvements he has developed in fertility medicine have subsequently been adopted world-wide. Contrary to popular belief Lord Winston was not part of the team that produced the first test-tube baby in 1978 but he has been most prominent in many areas of research related to various aspects of human reproduction, and founded the first NHS (British National Health Service) In Vitro Fertisation (IVF) Programme. His group’s research enabled families with a history of a particular genetic disease to have children free of fatal illnesses.

Lord Winston is the author of many books, including Infertility – a sympathetic approach (1985); Getting Pregnant (1989); and Making Babies (1996).

Created a Life Peer in 1995, he comments on a wide range of medical, ethical and scientific issues in Parliament, scientific journals and the media. He was recently Chair of the House of Lords Select Committee on Science and Technology. He is also Chancellor elect of Sheffield Hallam University.

He currently researches transgenic technology, particularly for models of human disease and organ transplants. He is also continuing to make efforts towards developing methods for maturing eggs outside the body as this would make IVF treatment more affordable and accessible and less intrusive to the hopeful parents.

For his several publications about fertility and pregnancy for a lay readership, Winston was awarded the Royal Society’s Michael Faraday Gold Medal.

Robert Winston has regularly presented science programmes for BBC television, including the groundbreaking series of programmes on the subject of Human Instinct in 2002. The several episodes that comprised the Human Instinct series were, Born to Survive, Deepest Desires, Will to Win and Natural Born Heroes.

His many interests have threatened to take him away from science altogether. As a young man he left medicine to direct an award-winning production of Pirandello at the Edinburgh Festival, and followed this by pursuing a short – and very successful ¬ career as an impresario. His other passions include opera and classical music ¬ he has appeared on quiz programmes on BBC Radio 3 on several occasions – literature, chess, adventure travel, restoring classic cars, landscape gardening (particularly water-features), skiing and Arsenal.

“Scientists must listen to public fears, and respond to the concerns of ordinary people. We must behave responsibly, ensuring our work has the highest ethical standards.”