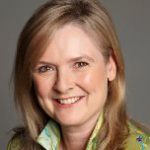 Martha Kearney presents BBC Radio 4’s early morning Today and is now one of the corporation’s most respected political journalists. Before joining Today she hosted The World At One for more than a decade. She has presented documentaries on BBC 2 and on BBC 4 on art, history, literature, and the natural world.

Martha has presented The Secret World of Lewis Carroll, Great Irish Journeys with Martha Kearney and Jane Austen: The Unseen Portrait? In the Books That Made Britain series she presented a special on East Anglia: The Scene of the Crime.

Martha presented The Great Butterfly Adventure: Africa to Britain with the Painted Lady. As a enthusiastic bee-keeper she’s concerned about the plight of our pollinating bees and has hosted The Wonder of Bees, Who Killed The Honey Bee? and Hive Alive.

Martha began her journalistic career in radio, and worked as Lobby Correspondent for LBC before joining the Channel 4 Week in Politics team. She has been political editor of Newsnight and she presented Radio 4’s Woman’s Hour for almost ten years.

Martha Kearney has won a Sony Radio Bronze Award and was nominated for a BAFTA for her coverage of the Belfast Agreement and the peace process in Northern Ireland. 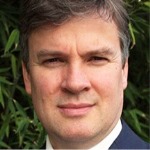