The railway industry in the UK is a source of enduring fascination. Crossrail, the controversy surrounding HS2, and the political issues around rail in the north are now all very much part of the public conversation.

Comprehensively qualified to cast light on rail past, present, and future, Nigel Harris is Managing Editor and Events Director of RAIL, the influential fortnightly title reporting on the world of the rail industry. Editor since ’95, Nigel has written authoritatively on the privatisation of British Rail and the first two decades of operation by the private sector. He is a regular source of business news, technical analysis and opinion in radio, television and national newspapers, including Sky News, News at Ten, and BBC News 24. He has written opinion and analysis for The Times, and provides specialist rail industry comment for, amongst others, Radio 4’s You and Yours and for the flagship Today programme.

Under management and leadership of Nigel Harris, RAIL moved into the business events sector twenty years ago with the launch of the National Rail Awards. Nigel has now planned and presented every NRA presentation ceremony to date, in recent years to audiences of over a thousand at the Grosvenor House, in London’s Park Lane. The awards were followed by more event product including the National Rail Conference and the RAIL 100 Breakfast Clubs of top managers, in England, and in Scotland.

A native of Burnley, Lancashire, Nigel’s early years were steeped in railways and his hometown was one of the last places to relinquish mainline steam in 1968, when he was eleven years old. Nigel was a regular at the lineside and has always taken an interest in – and worked in and around – railways.

Educated at Burnley Grammar School, he graduated with honours in history from the University of Wales, Lampeter, in 1978. He fell into journalism by accident, training as a newspaper reporter/features writer with The Westmorland Gazette, Kendal, from September 1979. He moved into railway journalism as Assistant Editor of the monthly Steam World magazine in 1981.

Nigel has worked in railway publishing ever since. He co-launched and ran Silver Link, his own book publishing company from 1984 until 1990, when he returned to magazines, with Emap, now Bauer Media, where he’s been ever since. He’s edited six national railway magazines, including Steam Railway, Steam World, and Trains Illustrated, and he has his name on now fewer than 13 specialist books on railways and shipping. His most recent major book project has been a five-year job editing and researching for A New Illustrated History of Her Majesty’s Railway Inspectorate, by Ian Prosser CBE and David Keay.

Nigel is an experienced conference speaker, panelist and chair. He has been called on to give evidence to formal hearings of the Government’s Transport Select Committee. Nigel is also an experienced programme maker having produced, scripted and presented programming for this specialist market.

Since he was fifteen years old Nigel has volunteered as a locomotive fireman and driver and today he is a founder-director of a company which owns and cares for three working main line steam locomotives. Nigel is also former Chairman of the Great Central Development Company Ltd, leading the re-bridging of the Midland Main Line at Loughborough, the important missing link required to reconnect the two currently separated halves of the Great Central Railway.

Contact Nigel Harris for both in-person and virtual via a Specialist Speakers agent. 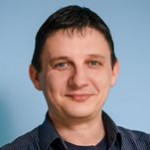