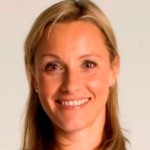 Vicki is a natural, friendly presenter with masses of enthusiasm and tons of experience. She has a warm and engaging personality coupled with true professionalism which makes her passionate about motorsport. However her presenting is not simply restricted to sports and consumer reporting. She is ideal for factual entertainment features because of her her wide appeal and her ability to be informative and credible in an entertaining and affable way.

She presented Formula Woman on ITV’s Speed Sunday and she is currently co-presenting her eighth series of Fifth Gear on Channel Five, prior to which she co-hosted BBC’s Top Gear.

Vicki has presented a wide range of shows for a number of channels including the British Touring Car Championships, The Farnborough Air Show, The Power Boat Championship, Holiday on a Shoestring, Country File and One Man and a Dog, Animals on Film, Date My Daughter and The Biggest Loser. She has also appeared as guest pundit on the Wright Stuff, Richard and Judy and Call My Bluff.

Vicki’s experience is extensive and first hand, having completed her first motorsport race at the age of 12 (in a 100cc kart) she was a racing instructor at Brands Hatch and Silverstone by the age of 17!

On completing a journalism course Vicki started work at Car Mechanics magazine, before co-launching Max Power magazine and working as a road tester for Auto Express, The Daily Telegraph and The Times, later becoming News Editor for What Car?.

Vicki has co-presented the Virgin Radio Breakfast Show and can be heard on a number of successful voiceovers. She has appeared with Steve Wright on Radio 2 and on Radio 4’s Woman’s Hour.

Vicki’s love of all things related to motorsport and speed has led her to spend a great deal of her spare time racing cars, everything from single seaters to saloon cars. She currently holds a Grade A licence from the Association of Racing Drivers Schools as well as a Power Boat racing licence. She is also the proud owner of a Ducati Monster 750 motorcycle!