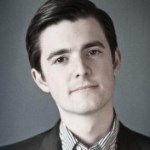 Fraser Doherty, founder of SuperJam, has a decade of business experience under his belt and over twenty awards to his company’s name – all by the age of 24!

Having seen his first entrepreneurial foray, into the world of chicken farming, curtailed by a fox he started selling jam to family and friends for pocket money. Soon local shops and farmers’ markets became interested in the product and Fraser was making hundreds of jars of jam a week in his parents’ kitchen. Initially using his Gran’s recipes he gradually developed a method of producing jam 100% from fruit.

He saw that making jam healthier and creating a modern brand would be key to turning his hobby into a successful business. With savings and a Princes’ Trust loan he set up production, developed branding and perfected his recipes. He then embarked on an ambitious plan to sell to the supermarkets. In 2007 when Waitrose launched the range Fraser became the youngest ever supplier to a major supermarket chain. SuperJam is now stocked by all the major retailers in 12 countries ranging from Australia to Russia.

Over the years Fraser’s entrepreneurial flair has attracted over 20 awards including the ‘Enterprising Young Brit Award’ in 2004 and more recently being a finalist in Ben and Jerry’s ‘Join Our Core’. However the highlight must be being named ‘Global Student Entrepreneur of the Year’ – the first ever winner from outside North America.

An altruistic entrepreneur, Fraser finds time to run a charity called SuperJam Tea Parties. True to its name the charity holds hundreds of free tea parties for elderly people across the UK. The tea parties, which are growing in popularity, feature live music, dancing and scones with, of course, SuperJam.

Fraser regularly contributes to magazines and has written two books sharing his experiences; The SuperJam Cookbook in 2010 and SuperBusiness in 2011. Both became best sellers and are available from Waterstones, WHSmith and supermarkets. Since 2010 Fraser has been ‘Entrepreneur in Residence’ at London Metropolitan University, delivering numerous lectures and speeches on entrepreneurship.