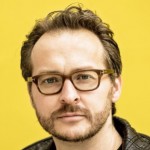 George Berkowski is a serial tech entrepreneur who has launched the mobile photo app Icecream and was head of production and design at the revolutionary Hailo taxi app. He shares his wealth of knowledge in the best-selling book ’How to Build a Billion Dollar App’. He also advises on numerous startups and works as an advisor to Techstars and Seedcamp.

As one of the first employees of Hailo, the smartphone app which allows users to hail taxis from their smartphones, he has first hand experience of breaking into the billion dollar app market. Hailo now operates in 18 cities across 6 countries. George helped to grow the company of over 220 people and hundreds of millions in revenue. Hailo is one of London’s fastest growing startups having raised more than $70 million in venture financing from Accel, USV, Atomico and Welllington Partners.

He served as Chairman of the MIT Enterprise Forum UK, a forum for leading entrepreneurs and thought leaders. In 2007 George co-founded WooMe.com and, under his lead, built one of the most innovative social dating and video chat sites on the web. The site grew to over 10 million users with offices in Los angeles and London and substantial revenues. In 2011 it was acquired by Zoosk.com, the world’s largest dating site with over 100 million members.

George also served as the VP of Marketing and Business Development at MirCorp, a company specialising in space tourism. MirCorp made Dennis Tito the first space tourist by arranging his visit to the International Space Station.

s a Masters in Business from Ecole Superieure de Commerce de Paris, and a Bachelors of Science in Aeronautics/ Astronautics and Economics from the Massachusetts Institute of Technology.