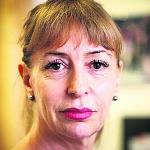 Baroness Susan Greenfield CBE is a scientist, writer, broadcaster and member of the House of Lords. She is Professor of Pharmacology at Lincoln College, Oxford University and Director of the Royal Institution.

With a well-earned reputation as one of the most influential women in the world, she is an outstanding keynote speaker on change and tomorrow’s people. She has deeply insightful perspectives on the effects of scientific and technological advancements on the human race as well as business management and leadership.

Susan Greenfield achieved a first class degree at St. Hilda’s College, Oxford and a DPhil in the University Department of Pharmacology. The Guardian declared her one of the 50 most powerful women in Britain and Harpers and Queen ranked her number 14 in the 50 Most Inspirational Women in the World. She has made a wide range of broadcasts on TV and radio, particularly for the BBC’s Tomorrow’s World and Innovations.

In 1995 she was elected to the Gresham Chair of Physic, which entails giving six public lectures a year in the City of London. She was general editor in 1996 for The Human Mind Explained and has written The Human Brain: A Guided Tour which reached the best-seller list. She has written a fortnightly column for The Independent on Sunday about aspects of science and more occasionally completes a column on education for The Independent, The View From Here. She also makes routine contributions to The Times, The Times Higher Education Supplement and The Telegraph.

In January 1998 she was consultant and agony aunt on a six week series about the brain, Brainpower in The Sunday Times Magazine. She received the Michael Faraday Medal from the Royal Society for making the most significant contribution in 1998 to the public understanding of science, as well as receiving the Woman of Distinction 1998 Award.

In her illuminating and lively presentations, Susan Greenfield illustrates how the massive growth of electronic media is fundamentally altering our brains and central nervous system and that while change is inevitable, companies must choose how to respond to that change.

Susan Greenfield shares invaluable advice on leadership and the human mind and is immensely popular with audiences around the world. She is highly sought after for her ability to make science, technology, the human mind and other comprehensive subjects more accessible. She breaks the mould and changes audiences’ preconceptions by offering valuable information in a remarkably down to earth manner.