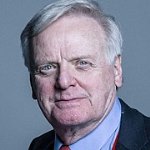 Michael Grade is a working peer with a distinguished career at the top of British broadcasting.

Following an early career as a sports columnist at the Daily Mirror he took a lead role in the family business representing big-name variety acts such as Morecambe and Wise and Larry Grayson. Moving to London Weekend Television in ’73 he commissioned programmes such as The Professionals and the long running South Bank Show.

On joining the BBC as Controller in 1984 he was responsible for purchasing the hit Australian soap opera Neighbours and debuting EastEnders and Howards Way. He placed Dr Who in a controversial 18-month hiatus but was credited with its return in a format that proved to be a huge hit that helped to create the brand that it is today.

In 2006 Michael grade was appointed Executive Chairman of ITV – he had previously been Chief Executive at Channel 4 where he was responsible for the scheduling of Friends and ER – to great commercial success.

Outside the world of TV Michael has overseen the successful restructuring of First Leisure, served as chairman of Octopus Publishing, Ocado, Camelot, is a director of Charlton Athletic FC and is chairman of Pinewood Shepperton Group the west London studio responsible for huge franchise hits from James Bond to Harry Potter and Star Wars.

Michale Grade was appointed as a life peer as Baron Grade of Yarmouth in 2011.