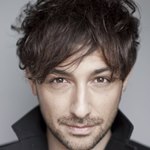 Alex began his performing career at the tender age of 18 as a stand-up comedian, after making his debut as a finalist in Channel 4’s So You Think You’re Funny.

He spent some time working on student radio stations whilst studying Medicine at UCL, before being snapped up by Wired Xfm to host a weekly show, which then caught the interest of MTV producers who signed him up to present their flagship Movie Show Screenplay, as well as the daily music show TRL.

A prolific writer, Alex has contributed to The Eleven O’Clock Show (C4), Smack The Pony (C4), Brain Candy (BBC3), and The Sketch Show (ITV1) and has presented many live music events, including Carling Live 24, the Tsunami Benefit at Cardiff`s Millennium Stadium and the Wireless Festival in London`s Hyde Park.