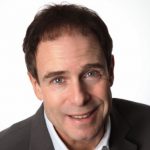 Jon Smith knows the business of football like no-one else. He is football’s super-agent, a man whose reach extends far beyond the world of soccer and the Premier League that he helped to create. He is an entrepreneur, a supreme negotiator, and has worked at the centre of events that have shaped the modern game.

Starting out in music Jon created a successful record production company credited with creating the Northern Soul phenomenon in the UK music scene. He went on to host and promote the Mikhail Gorbachev UK Lecture Tour and became agent to the England Football Team, Cricket Team and Welsh Rugby team.

Jon has staged many of Britain’s biggest sporting events, including the UK visits of major US sporting bodies; NFL American Football, NBA Basketball and NHL Ice Hockey. And Jon was Chief Executive of The London Monarchs during their inaugural World Bowl winning season at Wembley. Today he is one of the most recognised spokespersons for the UK sports industry and has raised over £50 million in various forms for sport in the UK over the last few years. Jon is one of only a handful of individuals holding a football agency licence also permitted to stage global events under the FIFA brand worldwide.

Jon has bought and sold clubs and players, negotiated with many of the toughest business people in the world, and sometimes, in some dangerous places. Jon Smith is a speaker with enormous authority and experience in business. He speaks on how to win, as an entrepreneur, as a club, and as a negotiator.

Oh, and Jon is one of only 180 people to complete the marathon at the North Pole in April 2011.

Jon Smith’s autobiography The Deal was published by Little Brown/Hachette in September 2016.