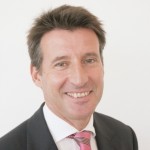 Lord Sebastian Coe is President of the IAAF, (the International Association of Athletics Federations). He can look back on an athletics career of almost unparalleled achievement. He can speak with immense authority both on individual and team success, motivation and leadership. Lord Sebastian Coe KBE is one of Britain’s greatest ever athletes and has also had successful careers in Politics and sports administration.

Sebastian Coe retired from athletics in 1990 and became a Member of Parliament for Falmouth and Cambourne in 1992. From 1994-1996 he was Parliamentary Private Secretary to Roger Freeman, Chancellor of the Duchy of Lancaster and in 1995 he was PPS to Nicholas Soames, Armed Forces Minister. In 1996 he was appointed Government Whip and in 1997 he became a member of the International Olympic Committee.

He was a member of Campaign Team at Conservative Central Office with Responsibility for Youth, a member of National Heritage Select Committee and a member of the Employment Select Committee. Other posts included Vice Chairmanship for the Sports Council Board, membership of the Health Education Council and Chair of The Sports Council’s Olympic Review. In 1997 he was appointed Private Secretary to the Leader of the Opposition, the Rt. Hon William Hague MP.

When London announced its bid to host the 2012 Olympics Coe became a member of the bid committee, later taking over from Barbara Cassani as Chairman of the successful company. Involving the participation of over 10,000 athletes from 204 countries the Games received widespread acclaim for their organisation.

Lord Coe’s book The Winning Mind: My Inside Track on Great Leadership was inspired by his late father and coach. Lord Coe’s success is directly influenced by his father Peter Coe, who survived the sinking of his ship in WWII, captivity and subsequent escape from a moving train and an heroic journey across France and through to Spain evading his captors.

His success in sport has been mirrored in his business career and in victory in 2004 for Britain’s Olympic bid to host the 2012 games in London. His book offers an inspirational view of the attributes of a successful modern leader from a unique perspective.