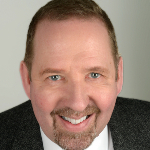 A TV detective who is also a stand-up comedian would be a great idea for a show. Alfie Moore is a real-life great idea – a comedian who was also a copper. Alfie is a great humorous speaker and stand-up guy, he’s a BBC Radio 4 presenter and he’s a writer of comedy with his own kind of humour as a recently retired officer. As such Alfie delivers his unique set of  insights into the world policing today, all skillfully interwoven with great comedy moments from two decades on the job.

Over those twenty years Alfie served with two different forces in the North of England – as a Neighbourhood Sergeant and as Detective Sergeant in the Public Protection Team specialising in cases of domestic violence and the protection of vulnerable adults. He was seconded to the local force Drugs Unit and to the Regional Counter Terrorism Team. Having passed his exams and whilst awaiting his promotion to Inspector, much to his family’s astonishment, he changed decided on a career change – and took up comedy.

Today Alfie Moore writes and presents his own hit BBC Radio 4 comedy series It’s a Fair Cop – and there’s a seventh series now due to air in 2022. His television appearances include: Show Me the Funny, Bizarre Crime, Confessions of a Copper and he’s presented the Channel 5 crime series Caught on Camera. Alfie is an Edinburgh Festival regular and he’s currently touring his solo stand-up comedy show, Fair Cop Unleashed in venues across the UK.