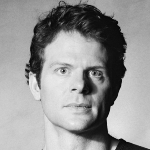 Speaker Simon Akam is a British journalist, and an historian of the British Army.

His controversial book The Changing of the Guard – The British Army since 9/11 was published in 2021 to widespread acclaim and was a Times Literary Supplement [TLS] Book of the Year, described as “a ‘state-of-the nation’ work of resounding power, deep conviction and far-reaching significance.” In a challenging piece of work that the Guardian also hailed as “the truth about the British Army,” Akam wrote of the institution’s role in the ultimate lack of victory in campaigns to overcome insurgencies in Iraq and Afghanistan. Simon’s work now appears in many other British and American publications, including the London Review of Books, the New Yorker, the New York Times, the Guardian, GQ, Outside, and Bloomberg Businessweek. 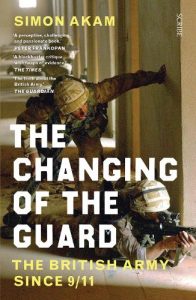 Born in Cambridge, England, Simon Akam held a Gap Year Commission in the British Army before going on to study English Literature at Oxford University. He later won a Fulbright scholarship to attend Columbia Journalism School in New York.

Since that time Simon has worked for The New York Times, Reuters and Newsweek. Currently Simon is a contributing writer for The Economist’s 1843 magazine, where his coverage of the Covid-19 coronavirus pandemic was shortlisted for the Orwell Prize. In 2021, Simon won a Feature of the Year prize from the Medical Journalists’ Association jointly with fellow Economist writer, Natasha Loder. During the early stages of the pandemic Simon reported for 1843 on doctors, nurses and paramedics in London as they struggled with consequences of the virus. Simon later reported on the ground from Yorkshire, embedded with a team of local coronavirus contact-tracers. As the UK’s national health system began to buckle under the resurgence of coronavirus, he investigated the system’s shortcomings, and explored in detail whether local solutions could offer a fix.

Simon Akam speaks with insight into organisations under extreme pressure and on teams working together under stress. As well as speaking on both military and medical matters Simon also speaks with personal professional experience on the business of writing and publishing. He co-hosts the writing podcast Always Take Notes with Rachel Lloyd.