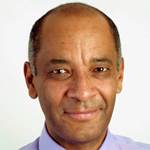 Business Leadership is not for the faint hearted – whether your company is a start up or a FTSE100 giant. And it’s even more challenging in the roller coaster world of technology where today’s pioneer can quickly become yesterday’s museum exhibit. Nobody knows this better than Sir Kenneth Olisa who has been at the top of household name IT businesses on both sides of the Atlantic for the last 25 years.

Ken’s technology career spans over 30 years, commencing with IBM from whom he won a scholarship while at Fitzwilliam, College Cambridge University where he read Natural, Social, Political and Management Sciences.

At IBM he held various posts in systems engineering, sales and marketing, before joining Wang Laboratories in 1981. Following a period as Marketing Director for Europe, Vice President of US Marketing and then of Worldwide Marketing, Ken was appointed Senior Vice President and General Manager of Europe, Africa and the Middle East (EAME). Here he was responsible for the sales, marketing, support, service and administration activities within 11 Wang subsidiaries and 92 distributors. In that role he led the team which restored the EAME operation to profitability; following which he launched an unsuccessful MBO resulting in his departure!

Ken moved on to test his entrepreneurial mettle by founding Interregnum, the technology merchant bank in 1992. He led that company through the roller coaster ride of its early growth; its entry into, and exit from, a joint venture with BDO Stoy Hayward; the IPO on London’s AIM exchange in 2000; and the tricky years that followed the collapse of the dotcom boom.

At Interregnum, Ken worked at the forefront of the entrepreneur/technology growth cycle which commenced in the mid 1990s. As well as serving on the Boards of many of Interregnum’s investments and advisory clients, Ken notched up some interesting firsts, including chairing the UK’s first publicly listed Internet Service Provider (ISP) – Voss Net – on its admission to AIM and holding a similar position on the Board of the first Israeli technology company to be listed on the junior exchange – DMATEK. He was also a principal advisor to, and Director of, uDate.com which became one the UK’s few dotcom successes when it was sold to Barry Diller’s USA Interactive in 2003.

Ken curently serves on the Boards of two FTSE 100 companies: Thomson Reuters (where he is a member of the Audit Committee) and ENRC (Eurasian Natural Resources Corporation) where he serves on the Audit, Nominations and Remuneration Committees). He was a Director (and Chair of the Remuneration Committee) of Canada’s largest software developer – Open Text Corporation (Nasdaq: OTEX) – until December 2008. In addition he serves on the Board of, or is an adviser to, several privately held and innovative companies including BioWisdom, Prevx, Independent Audit and Metapraxis.

Ken’s knowledge and experience of large and small enterprises, technology and marketing and his willingness to speak his mind makes him much demand as a public speaker.

A believer in the Victorian ethos that successful commerce is the fuel of public service, Ken is a Freeman of the City of London; a Liveryman and Warden of the Worshipful Company of Information Technologists; Director of the Thomson Reuters Foundation; Chairman of Thames Reach, a charity working to shelter and resettle the homeless in London; Vice President of the British Computer Society; a member of the Government’s Women’s Enterprise Taskforce; and was an inaugural Postal Services Commissioner from 2001 to 2004.

In 2003 Ken won the 2003 BVCA/Real Deals Private Equity Personality of the Year Award and in 2006 he was elected as a Fellow of the British Computer Society. He was named in the top 10 most influential black men in Powerlist 2008 and was named number one by Powerlist in 2016.

In November 2009 Olisa was elected as the fifth member of the Independent Parliamentary Standards Authority; the body commissioned to provide scrutiny and conduct review of the allowances scheme for MP’s.

Sir Kenneth Olisa is one of the most powerful, relevant and highly rated speakers available today and accepts only a limited number of engagements each year. His masterclass sessions to senior management entitled What they don’t teach you at business school, have been celebrated by business leaders from all sectors.