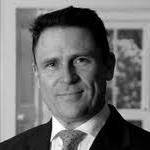 This former Army officer with operational experience who worked for a charity clearing landmines in Asia and Africa is one of the few westerners to have survived kidnap by the Khmer Rouge guerillas in Cambodia.

Two years later he was blown up in a remote minefield in East Africa. He was walking in a supposedly cleared area in Mozambique in 1995 when the blast resulted in the loss of his lower right arm and leg. Doctors say he survived against the odds due to his determination and fitness.  Within a year of leaving hospital he successfully completed the London Marathon and a Masters Degree in Security Management.

He has completed numerous marathons and many of the world’s toughest ultra marathons including the Great Sahara Run and Badwater the 135-mile continuous ultra through Death Valley to the mountains.

He’s taken parties to climb Mount Kilimanjaro and run the length of Cambodia to raise funds for charities assisting the disabled. His numerous media appearances include the Parkinson Show and his autobiography One Step Beyond is published by Macmillian.

For ten years now he’s been inspiring audiences around the world on motivation, mindset and leadership. His bespoke presentations are filled with humour, passion and wisdom and he has top client ratings.