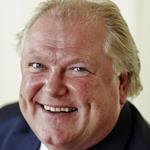 Lord (Digby) Jones of Birmingham is a champion of British business famous for his role in the BBC 2 series Troubleshooter.

Digby Jones served in the UK Government as Minister of State for Trade & Investment. During his 15 months in Ministerial office he made 45 overseas visits, travelling to 31 different countries and meeting with the world’s top business leaders and politicians. He changed the way that UK Trade & Investment was perceived in delivering a record year for inward investment and expanded the UK’s presence in all of the major international markets.

Digby Jones was made a partner at Edge and Ellison, the law firm in 1984. He was responsible for developing the firm’s London presence and establishing its representation in many European countries and several states of America. He was involved in most of the major management buy-outs and merger and acquisition activity in the West Midlands in the late 1980s and early 1990s. He was made deputy senior partner in 1990, becoming the firm’s senior partner in 1995.

In 1998 he joined KPMG as vice chairman of Corporate Finance, acting as close adviser to many public companies across the United Kingdom and in KPMG’s global markets.

Digby served as Director General of the Confederation of British Industry (CBI) from 2000 to 2006 which involved regular visits to businesses in the UK and worldwide – taking their views back to those who make the rules. During his appointment he took the British business message to 70 different countries, internationalising the organisation and opening CBI offices in Washington DC and Beijing.

In 2007 he served as the UK’s Skills Envoy, campaigning for both private and public sector employers to raise the level of skills of all of their employees to Level Two by 2010.

Digby Jones was a keen advocate of the UK leaving the EU. He accepted a lifetime peerage in the House of Lords where he now sits on the cross benches as Lord Jones of Birmingham.