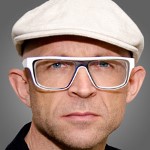 Jason is Britain’s best-known face of gadgets and consumer technology. As host of Channel Five’s The Gadget Show he has tested many of the world’s biggest and most successful gadgets in ever more exotic and dangerous situations. An ordinary week for Jason may involve swimming with sharks (without a cage), throwing a one-man submarine around a Californian lake or hanging out of a helicopter over a volcano – all in the name of testing tech.

When he isn’t putting gadgets through their paces, Jason is often found writing. He has written a trilogy of techno thrillers; Dot Robot published in February 2009, Atomic Swarm published in February 2010 and Cyber Gold published in April 2011. The books are a coming together of many of the passions that Jason shares with geeks (and geekets!) the world over – robots, gizmoes, maths and web culture.

His roots lie in the stand-up comedy circuit where he started out in a double act with David Walliams.  He is a prolific Twitter user.