Jenni Murray is one of British radio and television’s most respected broadcasters. Her wide-ranging expertise in politics, business and the arts has led commentators to write admiringly of her “well stocked mind”. Her passions fuel her work and her polemic for Channel Five’s Don’t Get me Started on assisted dying provoked discussion and debate beyond the usual reach of the programme. Her ability to deal with healthcare issues is testament to her professionalism, after recovering from cancer herself, Jenni decided to take action with her weight, losing an astonishing 4 stone after getting a sleeve Gastrectomy.’

Her interviews with the powerful (PM’s, Cabinet Ministers, Church and Business leaders and the Royal Family) are described as “probing”‘, “steely” and “no-nonsense” and her knowledge of the arts is matchless. Describing her work with people in tragic or difficult circumstances, one reviewer wrote of Jenni as “an interviewer who for sensitivity and pointfulness (sic) leaves most others far behind”.

Jenni presented BBC Radio 4’s Woman’s Hour until October 2020 where she demonstrated her incredible range and depth and a unique ability to understand the feelings and complexities of those she interviews – talents she brings to Radio 4’s The Message and talents she brought to BBC TV’s Newsnight and Everyman and BBC Radio’s Today and Tuesday Call. For Granada TV Jenni presented three series of This Sunday – a live look at issues across the entire religious spectrum.

She wrote a weekly column for The Express – a great forum for her wit and ideas, and written proof of her versatility and depth. This, combined with her other work, led to her receiving an honorary degree from the University of Salford. 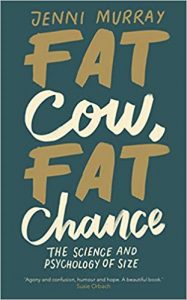 Jenni is author of A History of The World in 21 Women, A History of Britain in 21 Women, and Memoirs of a Not So Dutiful Daughter, amongst other titles.  In 2020 she wrote ‘FAT Cow, FAT Chance: The science and psychology of size’

Away from page and broadcast Jenni is an accomplished conference facilitator and presenter – skilled at managing platform and audience with an incisive grasp of issues and impressive speaking skills.