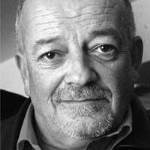 Tim was born in Newcastle-upon-Tyne in 1952 and before becoming an actor served an apprenticeship as a welder and spent time as a paratrooper. He found fame as Dennis, the gaffer of the ‘magnificent seven’ on the hugely popular ITV comedy Auf Wiedersehen, Pet in the 1980s. Since then, the Geordie actor’s starred in many TV dramas, including The Grand and Common as Muck. In 2004 he was reunited with his former colleagues for two series of Auf Wiedersehen, Pet.

He has also appeared in films such as School for Seduction, The Egg, The Lost World, Purely Belter, Cut and Burn, A Captain’s Tale: The World Cup, Flea Bites and King Leek.

Tim speaks passionately and interestingly about his life, career and his homeland in the North East. A true raconteur and a gentle and friendly character.

After Dinner
Celebrity
North of England