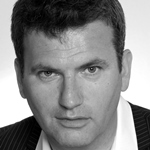 Media lawyer Mark Lewis has over 25 years experience in privacy and defamation cases, representing some of the biggest names in media and sport. But it was representing the non-celebrity victims of the phone-hacking at the News of the World where Mark found himself in the headlines. He won a record settlement for his clients, the Dowlers, whose murdered daughter’s phone was hacked by the paper – a revelation which led to the closure of the News of the World in 2011.

Mark was instrumental in uncovering the phone-hacking by News International in the first place, and brought the very first case against the paper in 2007. Since then he has represented over 120 victims of phone-hacking, given evidence at the Leveson Enquiry and Commons Select Committee, and is a regular on BBC’s Newsnight, BBC One’s News, Daybreak, Five News, LBC Radio, Sky News, CNN, CBS, ABC, NBC, as well as Russian, Australian and Canadian TV news broadcasts.

He is a central player in one of the biggest scandals of the 21st century, one which went to the heart of Government, Police and the Press. He was given an ultimatum from his law firm in Manchester not to pursue the phone-hacking cases, after they told him “there’s nothing in it”, he left and went on to prove that not only was there something in it – but it was big enough to bring down the oldest newspaper in the UK and result in the most “humble day” of Rupert Murdoch’s life. This has truly been a real life story of David and Goliath.

“Witty, determined, and ridiculously intelligent” – BBC Radio London
“Without him the phone-hacking scandal would not have happened” Wall Street Journal