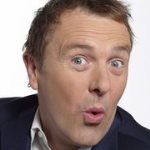 Affectionately known throughout the cricketing world as ‘The Cat’, Phil has entertained many television and sporting crowds over the years. During recent times, Phil has been able to combine his cricketing expertise with his ‘mischievous’ and ‘laddish’ reputation and regularly enjoys the banter referring to his alleged misdemeanors. Phil is now building his reputation and career in the entertainment world on a more wide ranging scale in television, video and on radio.

During the past five or six years, Phil has gained a great deal of experience in perfecting his after dinner speaking, in particular Question & Answer sessions, to which Phil’s personality is extremely well suited and he is now undoubtedly one of the best around.

He is always happy to give his honest, passionate, amusing and sometimes controversial opinion on a number of topics, sport related or not. Through his openness, Phil tends to endear himself to the audience, allowing them to relate to his past experiences, which always ensures a relaxing and very enjoyable evening.

Through the huge following from ‘I’m a Celebrity’ Get Me Out of Here’, when over 13 million people watched him Phil crowned as King of the Jungle, his popularity is undoubted. He regularly appears as a ‘Host’ for Awards ceremonies and Conferences, a ‘face’ for openings, PR launches, charity photo-shoots etc and is always well received by the public both young and old who hold him in very high esteem due to his ability to relate to everyone and ability to involve everyone. Nothing is ever too much for Phil for signings, photos etc