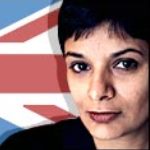 Pam Giddy was director of the Power2010 campaign for democratic reform. She launched the Power Inquiry in 2004 to understand why participation and involvement in formal politics was on the decline.

The Power Inquiry explored the reasons behind this fall off following all time low turn-outs at the polling booths and an increasing public distrust in politicians and the political system. Its work was based on the belief that a healthy democracy requires the active participation of its citizens and they provided concrete and innovative proposals to reverse the trend.

After graduating in 1989 with a degree in Law from LSE, Pam joined Charter88, the constitutional reform movement. It was there that she launched the Violations of Rights series of publications, establishing how the lack of specific rights had an impact on us all.

She left to cut her journalistic teeth on Cosmopolitan magazine in 1993 as careers and news editor before moving to the BBC’s Newsnight, looking after political coverage. She produced a series of films for the BBC on social exclusion in Salford, Manchester.

1999 and 2001 Pam was director of Charter 88 launching a number of initiatives, including a major campaign for reform of the House of Lords.

She was appointed to the Content Board of Ofcom in May 2003. She has been widely consulted by the Government on issues relating to youth and diversity.