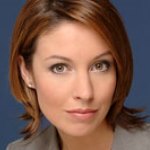 Emma began her career as a producer at BBC News 24 and became a newsreader at London’s Radio News Direct and LCBC. Emma then joined The Money Channel as reporter and newsreader in 1999, before moving to London Tonight and Meridian Tonight as a reporter.

In 2001, Emma moved to CNBC Europe and became a presenter on European Market Wrap. She also reported for CNBC US’ flagship breakfast show Squawk Box and presented the early breakfast show Wake Up Call live from Times Square in New York.

Emma joined Sky News in 2003 and as their Business Correspondent, she regularly covered high-profile business and finance stories. In addition, she frequently co-presented the channel’s weekday Sky News Today, and the Friday morning edition of Sunrise. Emma was on-air when Glasgow Airport was attacked by terrorists and her anchoring of the event helped win the channel a BAFTA News Award.

In 2009 she started at the ITV breakfast programme GMTV presenting alongside Andrew Castle until September 2010. She presented the afternoon news slots on the BBC News Channel for a year prior to joining Channel 5 in 2011. Emma returned to Sky News in June 2017.