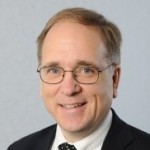 Paul Eastham is the former Deputy Political Editor of the Daily Mail. In a 20-year career with the Mail he held a series of senior roles including Political Correspondent and Industry Correspondent. Over two decades he flew the world with Prime Ministers and developed a reputation for producing acute, unflinching analysis of how power is really exercised behind the scenes and a tenacious reporting style that unearthed string of agenda-setting scoops.

Paul’s notable revelations included how Tony Blair plotted to reveal the name of Iraq weapons expert Dr David Kelly, former Home Secretary David Blunkett’s use of official channels to fast-track his girlfriend’s nanny a UK visa (for which he had to resign) and the exposure of the e-mail trail that exposed Cherie Blair’s relationship with a convicted Australian conman. For this and other reasons Paul figures in Alistair Campbell’s Number 10 diaries as perhaps the spin doctor’s least favorite journalist.

After winning The Guardian prize as editor of the Best Large Student Newspaper 1979-80, Paul left Manchester University with a degree in English Language and Literature. He then worked as Business Correspondent of the Journal, Newcastle-Upon-Tyne, covered Arthur Scargill’s miners’ strike as Industrial Editor of the Northern Echo and wrote acerbically about Kenneth Clarke’s inner cities policy for The Times.

More recently Paul has acted as a senior public relations adviser for major organizations including the embattled Ofsted and Visit Britain during the most recent Royal Wedding and in the run up to the London Olympics. In 2009 Paul won two national public relations awards for the launch of The Children’s Society’s Good Childhood Inquiry Report. One was for leading “Team of the Year” in the Third Sector Magazine Excellence Awards 2009 and the other was the CorpComms Magazine Award 2009 for “Best communications by a not-for-profit organisation.”

The week-long Good Childhood publicity campaign was described in PR Week in April 2009 as: ‘’a masterclass in public relations.” The paper added that ”some of the results were little short of brilliant.”

He is currently Head of Communications at Young Enterprise, the UK’s largest enterprise education charity, where he commissioned the “Save a Lost Generation” campaign which has helped successfully to turn around the charity’s funding and launched the Tenner enterprise competition.

He has also written for The Observer, The Guardian, The Daily Telegraph, the New Statesman, Your Business, and Estates Gazette and Director Magazine. He has extensive broadcast experience and has appeared frequently on BBC TV and radio and on Sky News.