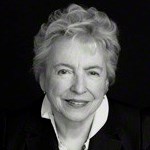 Dame Stephanie ‘Steve’ Shirley is a pioneer of British information technology and a philanthropist who has given away an estimated £67 million of her personal wealth to charitable causes.

Steve was born in Germany in 1933, moving to the UK in 1939 as a child refugee after her Jewish father’s judgeship was stripped by the Nazi regime. She went on to found Freelance Programmers (now called Xansa), a software company that employed 300 programmers, almost all women, until the 1975 Sex Discrimination Act outlawed the practice.

Steve founded the Shirley Foundation in 1986, its goal is to support causes in the field of Autism, particularly medical research. She also served as the UK’s Ambassador for Philanthropy in 2009-10