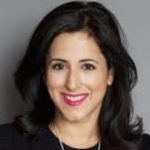 Anita Anand got her start in journalism at Zee TV where at the age of just 25 she became European Head of News and Current Affairs. Anita’s went on to present the critically acclaimed documentary series Raj Britannia for Zee TV, where she examined political hopes and aspirations in marginalised Asian communities. Anita has worked extensively for BBC Radio, presenting BBC Radio 5 Live’s Drive and Double Take, as well as Radio 4’s Mid-Week and Any Answers? On television Anita co-presented the Daily Politics with Andrew Neil from 2008-2011 and has written for The Guardian, India Today and The Asian Age.