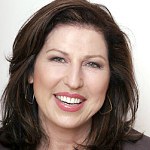 Amanda writes a weekly column for The Daily Mail and regularly writes for the Independent on Sunday and New Statesman; she has also regularly contributed to The Times and the Evening Standard. Amanda published Scandal in 1999, a novel about two female editors in the male dominated world of newspaper journalism. She is a regular newspaper reviewer on the Andrew Marr show.

Amanda was recently seen on Sven: The Coach, The Cash & His Lovers for Channel 4. Amanda presented an episode for the new series of 30 Minutes, also for Channel 4. She is a regular guest on Richard & Judy and appears on a variety of news and political programmes on both TV and radio. She has a regular column in the Daily Mail.

In 2005 Amanda co-presented Morgan & Platell for Channel 4, a weekly studio-based interview programme with Piers Morgan in which they question leading politicians and newsmakers.

Former Head of Media for The Conservative Party under William Hague, Amanda produced and presented Unspin: Amanda Platell’s Secret Video Diary during the 2001 election for Channel 4.

Amanda is a published writer and regularly contributes to newspapers including The Times, The Daily Mail, New Statesman, The Evening Standard and The Independent on Sunday.