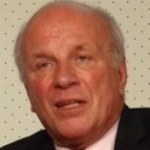 He resigned as Director-General in 2004 following criticism of the BBC reportage of the invasion of Iraq. Dyke was the most popular DG in recent history both within the organisation where he commanded huge loyalty, and with the public who respected his integrity. His ability to manage the BBC’s sometimes ‘tricky’ people and get quick results is a positive reflection of his management background.

He was educated at Hayes Grammar School and later at York University where he read Politics. After an early career as a journalist, he started his broadcasting career in 1977 at London Weekend Television. He became Editor-in-Chief of TV-am in 1983 and the following year Director of Programmes for TVS (Television South).

He returned to LWT in 1987 as Director of Programmes, in 1990 he became Managing Director and from 1991 to 1994 he was Group Chief Executive of LWT (Holdings) plc. After the Granada take-over of LWT, Greg Dyke joined Pearson Television as Chief Executive. During his time in the post (1995-1999) he built it into the largest non-US independent production company in the world.

While at Pearson, Dyke undertook a review of the Patients’ Charter of the NHS at the request of the Secretary of State for Health. He also guided the consortium which created Channel 5 and became its first Chairman.

Greg has been Chairman of the Independent Television Association (1992-94), Chairman of GMTV (1993-94) and at various times a director of Pearson plc, Channel Four Television, ITN and BSkyB. He was a non-Executive Director of Manchester United Football Club (1997-99) and has been a Trustee of the Science Museum since 1996.