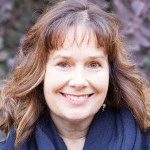 Julie Deane OBE set up The Cambridge Satchel Company with her mother in 2008. Aiming to raise enough money to move her daughter from a school where she was being bullied to a new school, she came up with the idea to make traditional leather satchels for the schoolchildren of Cambridge. She invested just £600 to get The Cambridge Satchel Company off the ground from her kitchen table. The company now employs more than 140 people selling to over 120 countries. In January 2014, the company raised $21m from Index Ventures.

Collaborations with prestigious designers and retailers including Vivienne Westwood, Comme des Garcons, Christopher Shannon and Chris Benz have seen The Cambridge Satchel Company grace catwalks from London to New York. The bags have appeared in shows including Girls, The Good Wife and Gossip Girl and on the shoulders of celebrities including Lady Gaga, Taylor Swift and Alexa Chung.

Deane is committed to preserving British manufacturing. She set up her own factory in 2011 as demand increased and has ensured that each stage in producing the traditionally British bags takes place on British soil.

The company’s traditional satchels are still its best sellers but it also now sells products ranging from backpacks to clutches, passport covers to trunks. Ahead of its 10-year anniversary in 2018, the brand has just launched a range of lifestyle products inspired by its hometown of Cambridge.

Deane graduated from Cambridge University in 1987, joined Deloitte and qualified as a Chartered Accountant before returning to Gonville and Caius College, Cambridge where she was the first Fellow for Development and the Registrar – the first woman to be appointed to this role in the 650-year history of the college.

Julie’s achievements and roles include:

• Officer of the Order of the British Empire receiving an OBE for Services to Entrepreneurship in December 2014.
• Awarded the RSM International Entrepreneur of the Year at the European Business Awards in 2012/13. She was the first female to have ever been awarded this honour.
• Entrepreneur in Residence at the British Library, promoting its Business & IP Centre.
• Announced Honorary Fellows of Gonville & Caius College at the University of Cambridge in 2017, having previously studied Natural Sciences there.
• Ambassador for QEST, the Queen Elizabeth Scholarship Trust, reflecting her ongoing commitment to British manufacturing and craftsmanship.
• Guinness World Record holder with Virgin Media Business, watched 160 pitches over 29 straight hours in June 2016 to aid entrepreneurs receive funding to grow their businesses.
• Board member at Cambridge Judge Business School (the business school of the University of Cambridge).

In July 2015, the then UK Prime Minister, David Cameron, asked Deane to carry out an independent review of self-employment in the UK. The report was delivered in February 2016.

Deane has been invited to speak at various events to promote entrepreneurship, British manufacturing and to share her story of starting and growing The Cambridge Satchel Company. In 2015 Deane was invited by Jack Ma to speak at Alibaba’s ‘She Era’ conference, the company’s first event focused on encouraging and supporting female entrepreneurs. In April 2017 Deane spoke at Vanity Fair’s inaugural ‘Founders Fair’ at the personal invitation of Editor in Chief, Graydon Carter.

The Cambridge Satchel Company’s success has been recognised through a number of awards including:

The Cambridge Satchel Company’s products can be bought online globally.