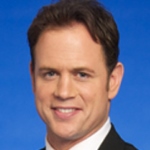 Kyran Bracken has experienced the highs and lows of first class rugby union and witnessed first-hand the transition from amateur to professional game. During his time at Bristol Kyran continued to have a successful career in law until the advent of professionalism in 1996 and his transfer to Saracens. During his time on the field, Kyran could pass accurately off both hands, was a strong defender, kicked well and always posed an attacking threat with great speed from a standing start.

He battled back from a career threatening back injury to regain his captaincy and scrum half position at Saracens. He went on to win a place in Clive Woodward’s triumphant 2003 England World Cup squad, making 4 appearances including winning his 50th Cap against Wales in the quarter-final.

Kyran’s contribution to English rugby has been immense over his career, celebrating his testimonial year with Saracens in 2004/2005. Since then he has been carrying out more commercial engagements.

In 2007 Kyran starred in and won ITV1’s  Dancing On Ice. In the semi-final he received the highest score in the history of  the show to date (29.5 from a possible 30). He won the final with a performance which included the required element of “flying” on wires and a final performance of Bolero. He also went on to win the special edition of Dancing On Ice ‘The Champion of Champions’, having repeated his record 29.5 point score.