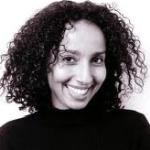 In 2005 Amani brought the ancient Arab world alive to BBC audiences with What The Ancients Did For Us; the language of the modern Arab in the BBC’s Primary Arabic and the issues of rural Britain to the fore in Countryfile.

She achieved an MA in Near and Middle Eastern Studies (involving Arabic translation, Law and Economics) from the School of Oriental and African Studies in 1998.

Amaniworked as a Social Counsellor with the United Nations High Commissioner for Refugees affiliated project in the Arab republic of Yemen which also involved being an intermediary between state/UN authorities and refugee advocate in courts and authorities.

From PR Assistant at the Head Office of Saudi Arabian Airlines Amani moved to become the PA to the BBC correspondent in Yemen, and began to research for BBC World News.

In 1999 Amani was researching for the BBC’s Holocaust Memorial day coverage. In 2001 she was developing ideas and concepts for the BBC and organised television events, thereafter moving to BBC New Media, and on to Events Co-ordination.

Now Amani is developing her own programme, giving unique insight into the Arab world, using her superb voice-over skills – and at the same time can be seen presenting BBC TV’s Computer Tutor on: www.bbc.co.uk/computertutor.