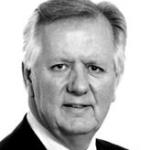 Steven Norris is a former Conservative MP and self-confessed ‘transport anorak’. He stood down from the commons during the 1997 general election to pursue other interests, chief among which was his ambition to become the mayor of London.

He stood as the Conservative London Mayoral candidate in 2000 after a bitter tussle with Jeffrey Archer, though ultimately lost to Ken Livingstone. He ran again in 2004 with the same result.

As Minister for Transport in London under John Major, Steven was responsible for major improvements such as the Jubilee line extension to the London Underground and began the process of implementing many far-sighted improvements, many of which are evident today.

Steven has also maintained a successful career in business throughout his time as a politician, serving as Executive Director of Jarvis PLC and is currently Chairman of BNP Paribas Real Estate and Soho Estates. He holds a host of non-executive roles and has been closely involved with Transport for London, London Development Agency and with HS2 for the Treasury.